Keyboard player, performer, singer-songwriter, 'audio soundscapist', wearer of various stage props & doing 'silly things', lover of all things analogue, & the bloke who pops up with the 'odd' TV appearance, here & there. I've even started performing a few 'magic' tricks in between songs!

My music doesn't fall into any particular category, although 'Alternative Theatrical Pop' seems to emcompass what I'm doing at the moment (particularly my stage act, which has become more comedic recently - I think a spot on the Hull Comedy Festival 2019 confirmed that). There are elements of pop, rock, rock 'n roll, jazz, vaudeville, ambient, electronic noodlings & other accidental sources, particularly when I'm recording. 'Live' performance takes the music in a more-Surreal direction, with various stage props used to 'enhance' the songs, & this is where 'lo-tech theatre/vaudeville' comes into play - 'play' being the operative word.

Albums - exploring the peculiarities of the ordinary

I've tried to capture my world on record (well, on CD at any rate), with songs & instrumentals that delve deep into the things we all take for granted - the things that surround us everyday & make us (& me) what we are. Life is strange now, so maybe it's life imitating art/art imitating life, or both...Or neither? Anyway, the 10th solo album, ORDER CHAOS, is due to be released on 13th October (2022), & reflects/dwells on this strangeness (& other related matters). 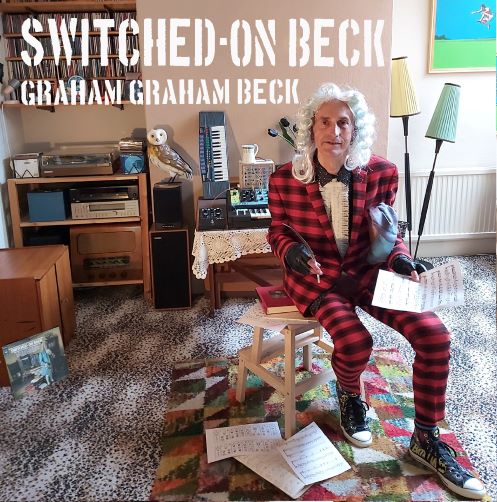 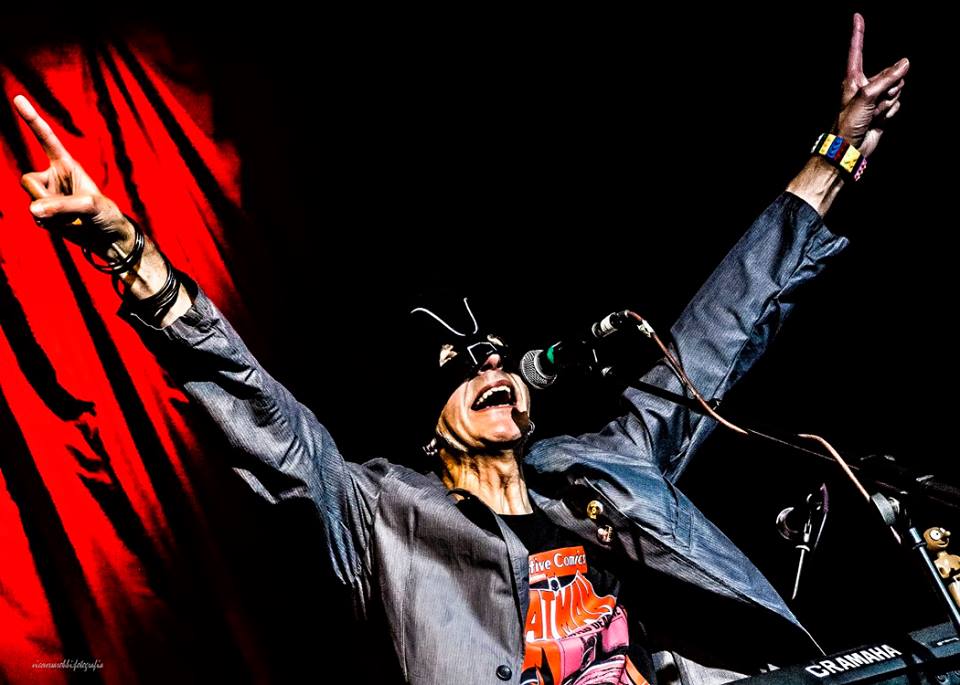 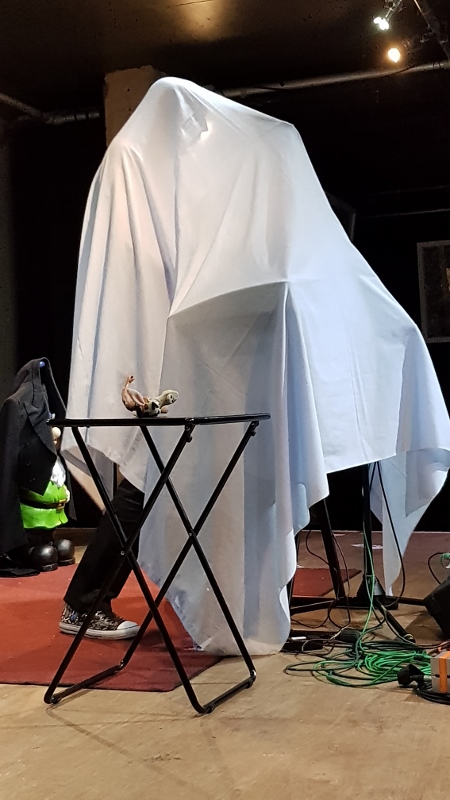 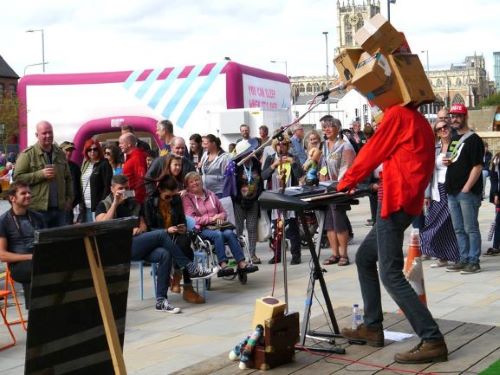 First off, it was the school jazz band. Then followed closely, whilst at Hull Regional College Of Art during the 1970's, with the help of AMM drummer Eddie Prevost (who taught me improvisation), & fellow student Eric Goulden (who basically changed my life, musically, forever!). We formed RUBY & THE TAKEAWAYS (with Eric, guitar & vocals, Arthur Smee, drums & vocals, & myself on electric piano & vocals)...............

3 years later, & back in Gt. Yarmouth, local band PARISHEIGHTS came together - when I really started writing my own numbers. Next stop............

London: In bands PENGUIN FURY (which included bass player Charlie Sinclair, from Kilburn & The Highroads), DEAR JOHN & lastly THE WORRY DOLLS. In between, I was working on solo recordings, collaborations & gigs. 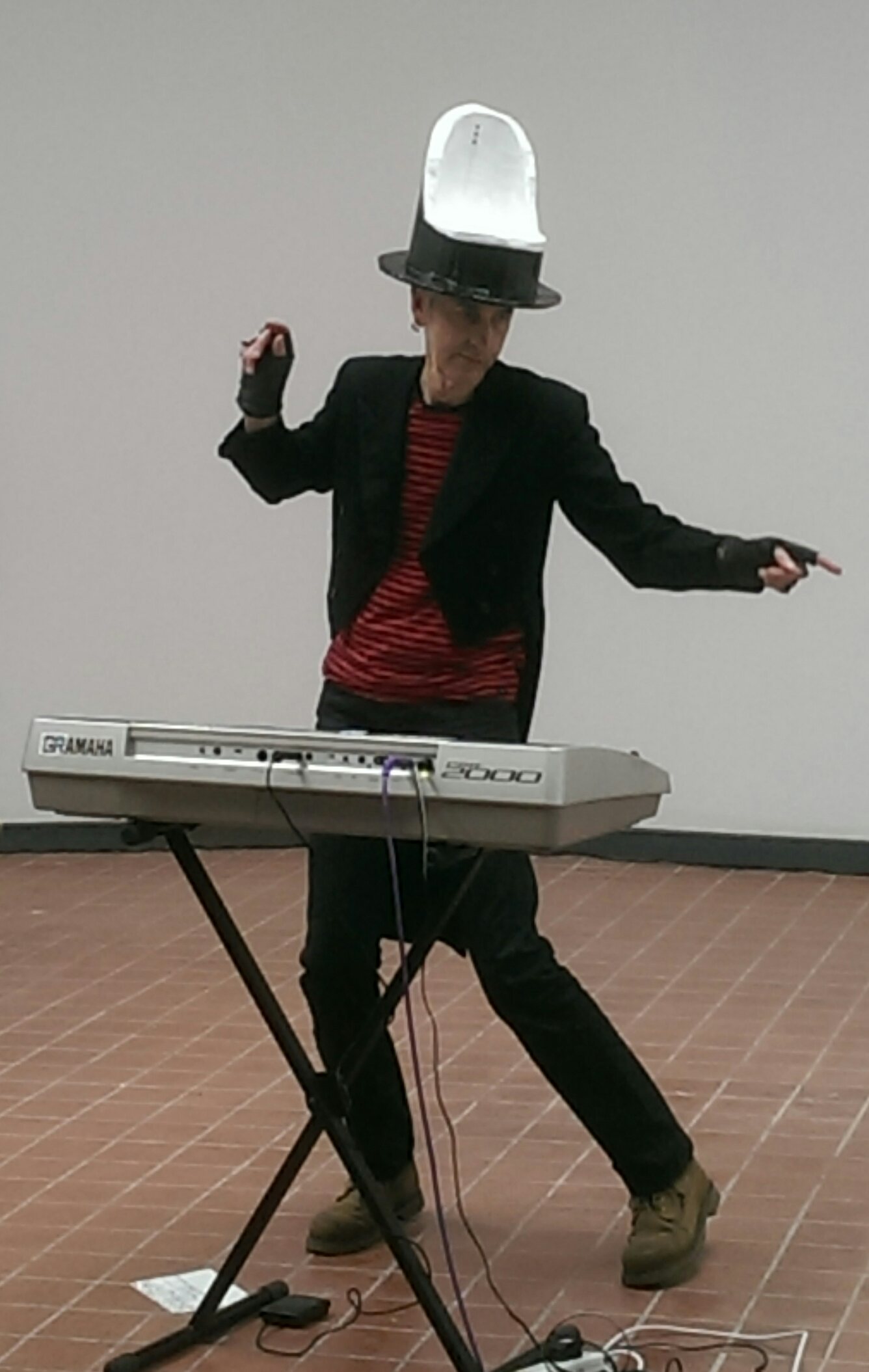 SOLO - Playing/singing/acting-out my own songs, under the name (& alter-ego) of GRAHAM GRAHAM BECK. There have been numerous live performances around the UK - just me, a home keyboard & a growing number of cardboard stage props. By 'blurring boundaries', I try & take the audience on a new experience, as I did with the two appearances on ITV2's BRITAIN'S GOT MORE TALENT. The judges were slightly puzzled, perplexed & bemused - I do have that effect some time. After singing, ACTION MAN WITH A GIRAFFE'S HEAD, DAVID WALLIAMS said, "You could make a whole series out of this." ALESHA DIXON commented, "That has got Britain's Got More Talent written all over it." (which it had)...& there was even a standing ovation!

With (nearly) ten solo albums under my ever-expanding metaphorical belt, there have been various radio-plays on BBC6Music & BBC Radio Humberside (plus other commercial, local & online radio stations). I shall be promoting the 2022 album, ORDER CHAOS, when you read this. Gigs, local & festivals are now taking place here, there & somewhere else. Beware!

- 'FROM THE FRONTAL LOBES, TO THE BACK OF BEYOND' (GRAHAM GRAHAM BECK - Feb. 2021) - unreleased experimental recordings from 2005-09. Mainly instrumentals, with contributions from Eric Goulden/Wreckless Eric & others.

- 'STEAMPUNK RECORDS - VOLUME EIGHT' (various artists, on the SteamPunk Records label - Nov. 2020) - a compilation album featuring acts that appear on the Steam Punk/Alternative circuit, of which I am now one. My two tracks, 'I Don't Hold With Furniture That Talks' & 'Action Man With A Giraffe's Head', hold their own, in this very eclectic mix.

- 'NO GIGS 'TIL FILEY' (GRAHAM GRAHAM BECK - Nov. 5th 2018) - songs, plus a couple of instrumentals, related very much to the seaside. Playing all instruments, all analogue, on the album + drum machines, percussion & vocals.

- 'REVERSING SIDEWAYS IN AN UPWARD DIRECTION' (GRAHAM GRAHAM BECK - 2016) - playing all the instruments (& percussion) on the album, plus vocals.

- 'A BATHFUL OF NASTURTIUMS' (GRAHAM GRAHAM BECK - 2013) - vocals + all sorts of things, with guest musicians.